A reason to study earthquakes

The Jewel of the West loses its lustre

In this case study...

We explore the 1906 earthquake that devastated San Fransisco, how the disaster was made worse by human action in the days after the quake, and how it contributed to the science known as seismology

In the United States, the city of San Francisco, with the promise of gold, grew in prominence and population (Dalessandro, 2006; James, 1911). The city’s location on the coast of the Pacific made it an attractive destination for those seeking wealth, and during those last years of the 1800s, the population doubled almost monthly. In fact, by the early 1900s, a full 25% of the US population living west of the Rocky Mountains, were located in or near the city limits of this coastal city. It was clearly thriving, with 17 cable car lines, 37 banks, and three opera houses. The city rivalled New York City for imports and exports, and was referred to as The Jewel of the West, and Paris of the Pacific. Some noteworthy historical figures got also got their start there. A German immigrant saw the need for miners to have durable work clothes and began cutting cotton tarps and dying them blue. His name was Levi Straus. In the 1850s, Henry Wells and William Fargo founded a financial institution that today still bears their names. They conducted business by stagecoach and by ship, and by the early 1900s they maintained thousands of offices countrywide.

During the early morning hours of April 18th, 1906, most people were sleeping, though some were just heading home after a full night of revelry,when the earth began to shake violently and continuously for almost a minute. Later classified as a magnitude 7.8 earthquake, the shaking caused several buildings in the city to collapse and started dozens of fires. Most of these were due to underground gas lines that broke during the earthquake. As well, several water mains also broke, adding to the havoc in the city. Since two of the three major lines were damaged, fighting the fires through out the city was nearly impossible.

If possible, watch this compelling documentary on the 1906 earthquake before reading further

Two American authors were in San Francisco at the time of the quake and later wrote about their experiences. The backgrounds of these two gentlemen are clearly quite different and as you can imagine, their interpretation of the events of the morning of the 18th April, 1906 reflected their diverse backgrounds.

Jack London (1876–1916) was considered by many as the greatest novelist in the US. He was a native of San Francisco, and grew up both poor and an orphan. He was a self-taught man who spent many years on various seafaring vessels, and wrote stories that were often about challenges of nature. He eventually ran for Mayor of Oakland (a neighbouring city of San Francisco) under the socialist party.

William James (1842–1910), a philosopher and psychologist, was only visiting San Francisco at the time of the earthquake. In fact, he had written about the hope of experiencing one. In contrast to London’s humble origins, he was born in New York City and educated by tutors and in private schools, and often travelled to and from Europe. He attended Harvard School of Medicine, but interrupted this studies to head to Europe for medical reasons, including severe depression and suicidal thoughts. He did eventually receive his MD, but never practised medicine.

Think Question: Briefly describe the similarities between how Jack London perceived this event with how William James perceived the event.

Think Question: Discuss why these authors may have differed in their perceptions of the same event?

Panorama of San Francisco after earthquake of 1906

The devastation to the city increased as the Mayor of San Francisco ordered military and law enforcement personnel to use dynamite to try to extinguish burning areas. After nearly a week of trying to contain the disaster, the fires eventually did subside, but about 80% of the city had either burned down or been blown up, and some 3,000 people were dead. The total cost of the disaster came to about 400 million US dollars, a price tag equivalent to the entire national budget at that time.

While people of the period had plenty of experience with earthquakes, no one really knew what they were or what caused them. Given the huge cost of this particular event, not to mention the loss of life and the tremendous disruption in commerce, the Governor of California, George C. Pardee, appointed Andrew C. Lawson as the head of the State Earthquake Investigation Commission (later known as the Lawson Commission). Lawson, a professor from the University of California, Berkley, had with him eight scientists from other institutions—such as various observatories, the University of California, Johns Hopkins University and the still quite young United States Geological Survey. Theirs was a historic mandate, as it was the first time the government had commissioned a scientific investigation. Though the state government did not have the money to fund the investigation (see below), this government-commissioned investigation was the origin of such well-known present day institutions as the National Science Foundation, and the National Institutes for Health, which now do fund scientific investigations with public (taxpayer) money. Until this occurrence, scientific investigations had been primarily directed and subsidized by private funds.

Think Question: If you were Lawson, and need money to support investigation of this huge disaster, where would you go to get money? How would you justify your expenses?

Think Question: What kinds of strategies would you employ to investigate this massive earthquake?

In his book, California Earthquakes: Science, Risk, and the Politics of Hazards (2001), Carl-Henry Geschwind (2001) wrote about the findings of this commission. The details are startling in their clarity and insight into the cause and implications of this unexpected and massive geological event:

Tear in the ground outside San Fransisco

Think Question: Given the preliminary results from this report, if you were Governor Pardee, what would be some of the issues you would want to start considering to ensure the safety of the citizens of California?

One of the commission’s members was Harry Fielding Reid (1859–1944), a professor from Johns Hopkins University in Baltimore, Maryland. While Reid had been born in Baltimore, he was schooled in Switzerland where he took an interest in the science of glaciers. In 1886, after completing his PhD in geophysics from Johns Hopkins, he became a professor of mathematics in Chicago. However, he soon got another appointment at Johns Hopkins, first as a physics professor and soon thereafter as a professor of geological physics. He turned to his interest in glaciers and went on to develop much of the knowledge we currently have today about glaciers. His interests changed again after being appointed to the Lawson Commission as he began to make great contributions to the discipline of seismology—that is, deformation of the earth’s crust.

In his research, Reid looked at survey data from the previous several decades. During a survey from 1851–1865, markers were set from west to east across the San Andreas fault. These survey markers were again measured in a second survey, that took place around 1890. After the 1906 event, the commission again measured these markers. In essence, what Reid found was that there was relative displacement of about 4 metres on each side of the San Andreas fault where the earthquake happened, which could be measured for several kilometres away. See “Survey III (1906)” in Figure 1 below. Enigmatically, however, is Reid’s observation that the survey markers in survey II (Figure 1) show a gradation of displacement, from no displacement where the survey line crossed the fault, gradually increasing to a couple of metres several kilometres away.

Based on the survey data across all of the three dates in for which it was collected, including the 1906 earthquake, Reid (1910) made a number of claims. They were as follows:

Think Question: Given the data and the reasoning of Reid (above), develop an explanation for the great earthquake of 1906.

Reid’s interpretation of the data assumed a time when there was no displacement across the fault, as shown in (a) in the graphic below. After the first survey, the ground deformed in response to horizontal displacement; west of the fault the ground moved in a northerly direction, and east of the fault it moved in a relatively southern direction. The deformation accommodated the gradual build up of strain, represented as (b) below; this deformation was like bending a large stick that would bend back to its original configuration once the stress was removed. Eventually, the strain build-up became too much for the strength of the rock and the rock broke along the fault. When the rock broke, the energy in the rock, stored as strain, was released as the rocks elastically rebounded to their normal, unstrained structure, shown in (c). Based on much of these findings, Reid developed his ideas into a very important explanation of seismic activity, which he called elastic rebound theory. This theory remains the cornerstone in seismology for understanding how and why earthquakes happen.

Think Question: According to Reid’s theory of elastic rebound, what is an earthquake? What causes earthquakes to happen? Where do earthquakes get energy?

Think Question: Reid’s life in Switzerland is credited for the development of his interest in the physics of glaciers. How might his experiences with glaciers and their dynamics have influenced Reid’s understanding of the relationship between the deformation in the earth’s crust and the cause of earthquakes?

Think Question: How could Reid’s theory of elastic rebound actually be further tested? Where would be the best places to do such testing?

Think Question: What are the possible implications of this new understanding about earthquake triggers and processes? How could this information benefit those who find themselves living in seismically active areas?

Think Question: Based on the methods and findings of the Lawson Report, where should seismologists concentrate their future research efforts? What types of new investigations should they begin? What data should they start collecting and how should they do this?

Diagram showing Reid’s idea of gradual strain (b), causing deformation in the crust, until it broke and rock on each side of the fault rebounded, releasing stored elastic energy. Source: http://www.iris.edu/hq/gallery/photo/1530 The picture on the right shows actual offset of a fence crossing the San Andreas Fault. Source: http://earthquake.usgs.gov/regional/nca/1906/18april/reid.php

In discussing the history of the San Francisco earthquake of 1906, Lubick (2006) wrote the following:

Use the following activities to engage your students throughout. See the cues in the case study which indicate at which point in the readings to start which activity. 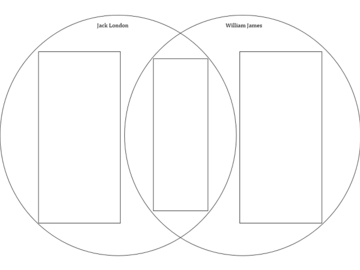 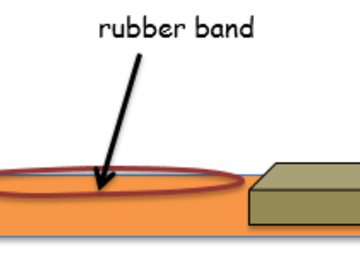